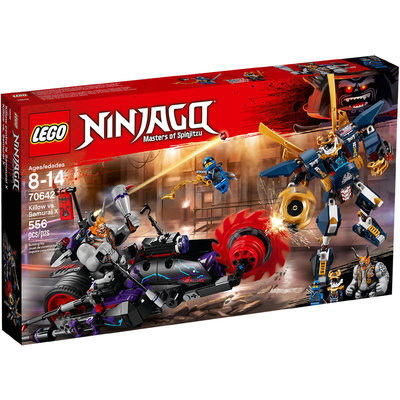 Match Killow’s Oni Chopper against the Samurai X Mech in a battle for the Oni Mask of Deception, with this action-packed LEGO® NINJAGO® set. The Oni Chopper features a spinning front saw blade, flip-out blades and detachable skateboards for Killow, while the posable Samurai X Mech has a dual stud shooter, spinning blade and a detachable Samurai X blade. This cool toy for kids also includes 2 minifigures and a big figure with weapons to bolster the role-play battles.

We have found this set in 1 shop shops of our prices comparator and compared the offers. The lowest price for 70642 - Killow Vs. Samurai X currently is £212.88 (excl. Shipping).

Similar to Killow Vs. Samurai X 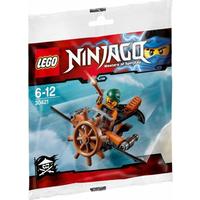