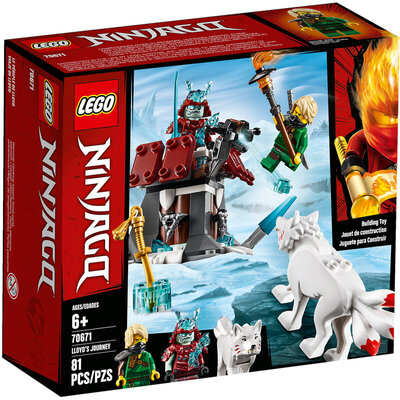 Stage an epic ice battle matching Lloyd and his wolf against Blizzard Warrior with this action-packed ninja toy for boys and girls. This 70671 Lloyd’s Journey LEGO® NINJAGO® set features Blizzard Warrior's fortress with a shooting crossbow and buildable ice holder for Lloyd's golden sword. Fans of the NINJAGO TV show will love role-playing scenes and creating their own adventures with the 2 LEGO NINJAGO minifigures, a wolf figure and cool ninja weapons in this toy building set.

We have found this set in 2 shops shops of our prices comparator and compared the offers. The lowest price for 70671 - Lloyd's Journey currently is £25.48 (excl. Shipping). 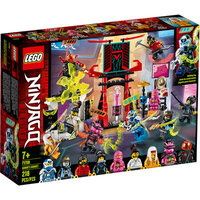