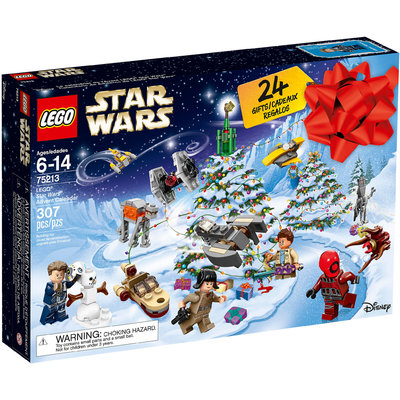 Open the doors of this galactic 75213 LEGO® Star Wars Advent Calendar each day in December to discover themed LEGO minifigures, starships, vehicles and other collectibles. When you’ve opened all the doors, there’s even a foldout playmat with desert and ice-planet scenes for playing out epic Star Wars adventures. This great gift with 5 minifigures and 3 figures is the perfect way for fans of all ages to get ready for the holidays.

We have found this set in 4 shops shops of our prices comparator and compared the offers. The lowest price for 75213 - Lego® Star Wars™ Advent Calendar currently is £40.40 (excl. Shipping).