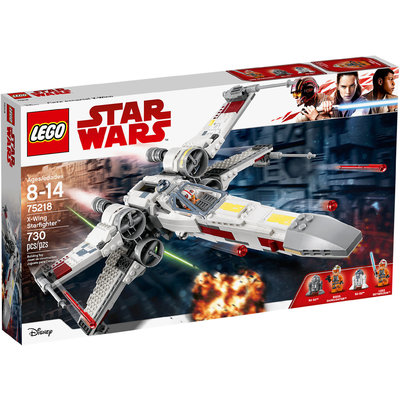 Lead the Rebel attack with the LEGO® Star Wars 75218 X-Wing Starfighter. This detailed model has retractable landing gear, an opening minifigure cockpit with a fire extinguisher behind the seat, stud shooters on the side and wing-mounted spring-loaded shooters, space for R2-D2, and a new-for-August-2018 lever function to transition the wings between cruise and attack modes. What's more, this great model also comes with extra stickers and tiles to transform it from Luke Skywalker's Red Five into Biggs Darklighter’s Red Three X-wing… so of course Luke and Biggs LEGO minifigures and their astromech droids are included!

We have found this set in 1 shop shops of our prices comparator and compared the offers. The lowest price for 75218 - X Wing Starfighter™ currently is £117.73 (excl. Shipping). 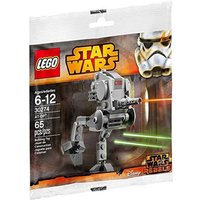