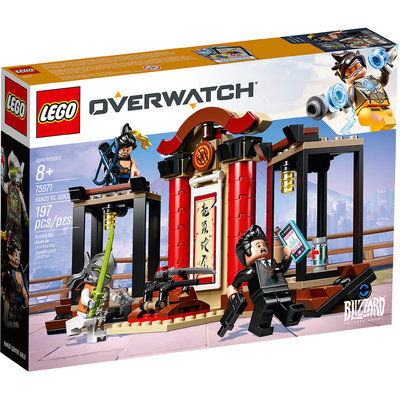 Now your favorite Overwatch® fan can build the Hanamura dojo in LEGO® bricks with LEGO Overwatch 75971 Hanzo vs. Genji. Based on the internationally acclaimed team-based action game, this Overwatch toy recreates the epic face-off for the Hanamura dojo between the rival dragon brothers Hanzo and cyborg ninja Genji. With weapons for the highly recognizable Overwatch heroes and a buildable dojo, kids will love to play out the action from the game, while older fans will want to show off the set next to their gaming setup.

We have found this set in 5 shops shops of our prices comparator and compared the offers. The lowest price for 75971 - Hanzo Vs. Genji currently is £16.73 (excl. Shipping). You save £8.26 compared to the recommended price, buying it at 33% less!

Price history for Hanzo Vs. Genji

Similar to Hanzo Vs. Genji